Creator-Verse: How the Metaverse Is Booming the Creator Economy 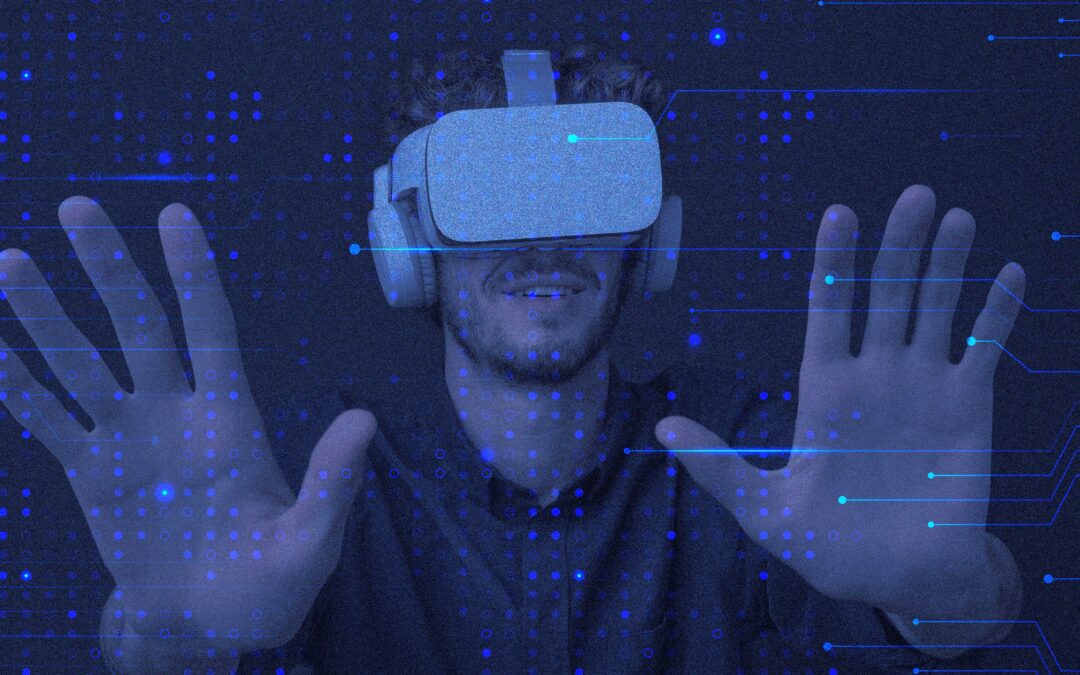 Youtubers, TikTokers, Instagram influencers, 3D artists and now NFT artists… These are just a fraction of what constitutes the creator economy. We are living at an age where anyone with an original idea can monetize it using a plethora of social media platforms and reach an audience, small or big, that whom they can share their content with. This is the age of creators, and by the looks of it we are just scratching the surface of what is called “the creator economy”.

The new economic turn started with the YouTubers in the United States during the late 2000s and gained momentum on a global scale during the 2010s with the rise of platforms like Twitch, TikTok, and Instagram. Now, the creator economy is far beyond just vloggers or Instagram personalities. According to the Influencer Marketing Hub’s estimates, the total Creator Economy market size to be around $104.2 Billion. The same survey also revealed that venture capital of $800 million has been invested into Creator Economy startups since October 2020. This is understandable since the pandemic accelerated the digital transformation of our society, making the market for online creators grow exponentially.

Another crucial turning point for the creator economy took place when Mark Zuckerberg announced Facebook’s name change to Meta. As it is clear by now, this was much more than just a rebranding for Zuckerberg’s tech conglomerate. This announcement marked the start of a new era for the internet. The metaverse -which can be described as a digital environment powered by technologies like augmented and virtual reality, artificial intelligence and many others— is set to herald a new age in content creation. Many technology experts argue that the creator economy will build the metaverse. Zuckerberg himself, a few months before making the bombshell announcement about the metaverse, announced that his company plans to invest $1 billion in creators by the end of 2022. This is a clear sign of creators being key actors in building the metaverse. 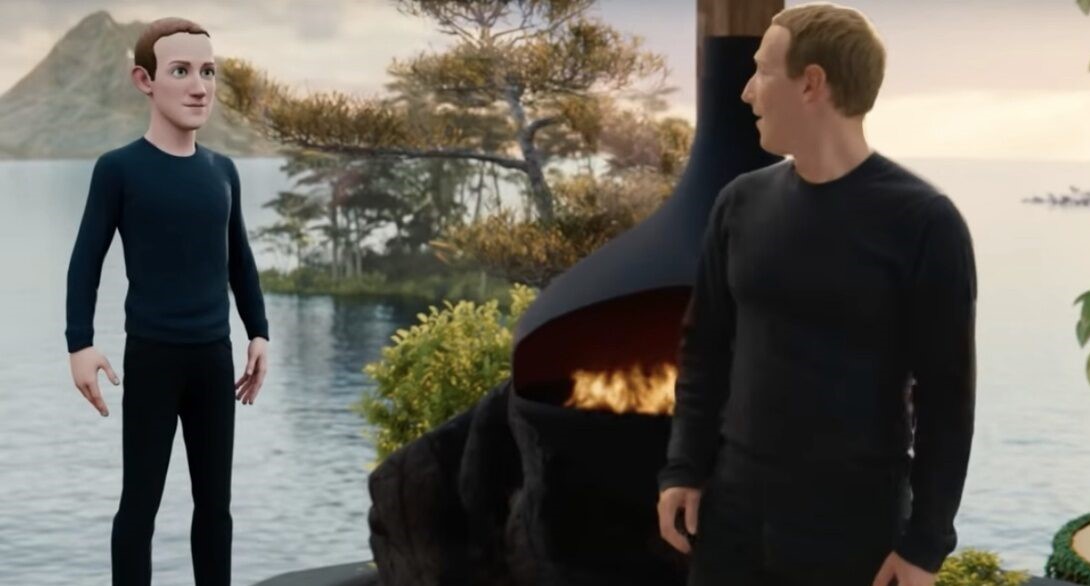 Before diving into the creator economy’s relationship with the metaverse, we should first understand what we exactly mean when we say creator economy and what brought us to this point.

The road to the creator economy

According to Jon Radoff, author and the CEO and co-founder of Beamable, the creator economy is about enabling anyone to earn a living or build a business around an audience, unconstrained by the high technological barriers that existed in the past. Two things had to work hand-in-hand for us to reach this point: the evolution of the internet and three economic shifts in the span of a century.

In 2011, Silicon Valley-based futurist and consulting professor in Stanford University, Paul Saffo, outlined the epochal shift that occurred in the last decade: the transition from a producer economy to a creator economy. Saffo’s statement came right after the mortgage-fueled market slide impacted the world economy. He argued that the crisis was much more than a recession—it was also ushering in a new economy.

Saffo’s analysis is pretty straightforward in helping explain the rise of the creator economy. Basically, there are three economic turns that took place in the span of the last century. The first one was the “producer economy” that emerged around the 1900s. “The producer economy harnessed manufacturing in the service of satisfying the material desires of a newly prosperous working class and emergent middle class,” Saffo said. This was the economy out of which the great brands of the 20th century were born, promising convenience and abundance in every aspect of life. However, the producer economy’s promise for abundance was threatened by scarcity due to two subsequent World Wars that took place. Thus, efficiency became the biggest obsession of these companies. After WWII ended, these industry giants risked producing far more than the people would ever demand.

Starting with the 1950s, the consumer economy became dominant, and companies started to realize that they had a demand problem rather than a production problem and shifted their focus to finding new ways to sell their goods. This was the dawn of sales and marketing. Mass media tools turned consumer economy products into totems of aspiration. Suddenly, buying was more about wants than needs. However, coupled with easy credit, falling production costs, and marketing shifted economic growth into overdrive until November 2008.

The creator economy is essentially the byproduct of the economic crisis and Web 2.0. In this economic turn, the central  actor is someone who both produces and consumes at the same time.”Just as the mass media were essential to the rise of the consumer economy, today’s emergent personal media platforms are making the creator society possible” Saffo wrote in a 2011 report published by McKinsey.

But, what about Web 2.0 made this possible? Well, “interaction” is the key word here. This was made possible by social media platforms. While the first version of the internet (respectively, Web 1.0) compromised of static websites like AOL, Compuserve, early Yahoo and other personal sites -where the users’ role was mostly limited to consuming the information provided by a few content producers, with no option for them to circle back to those creators-; Web 2.0 saw the rise of influential users who started blogging. They soon started gradually amassing online audiences and becoming popular on platforms such as MySpace and Blogger. 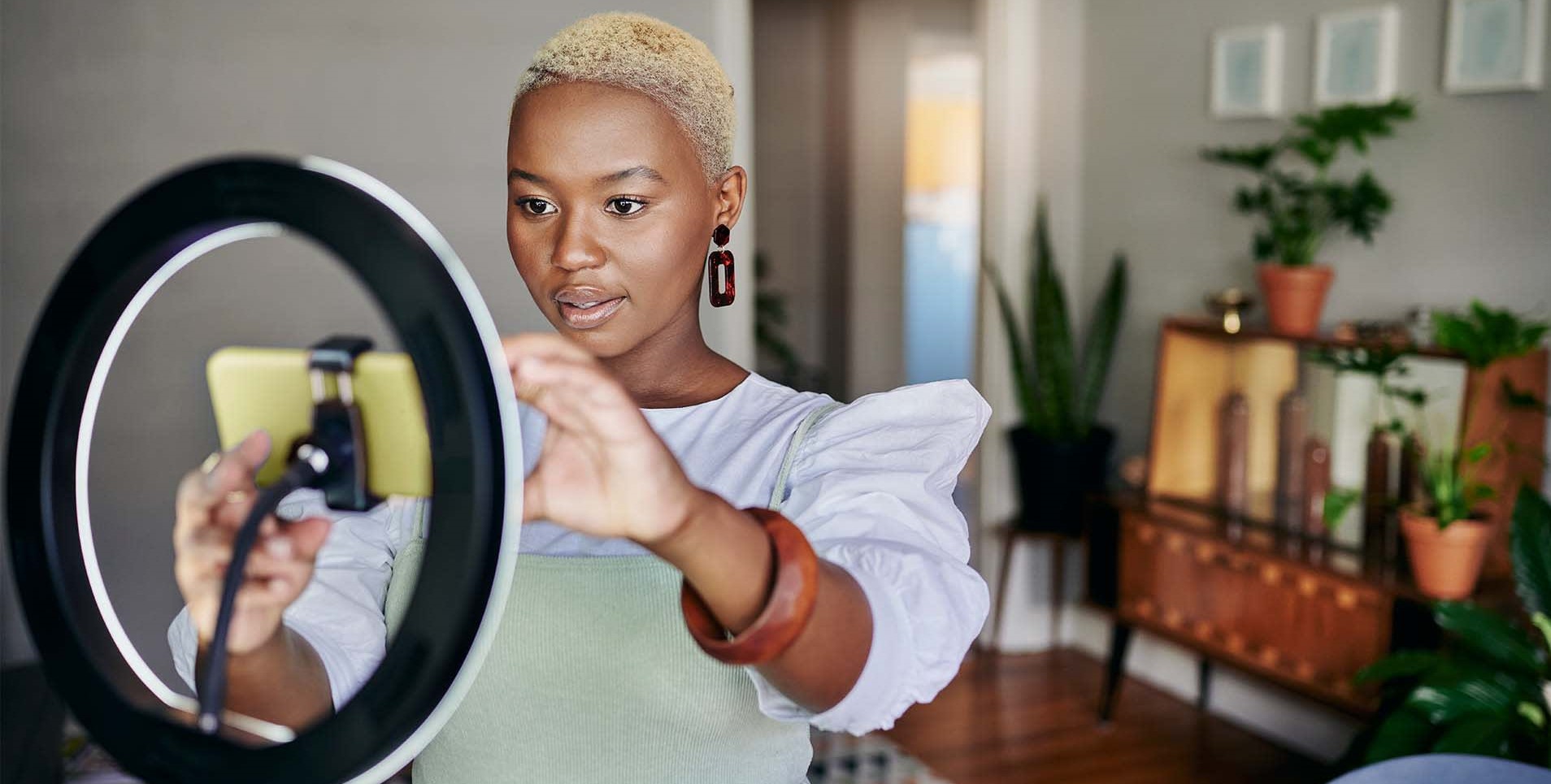 This was soon followed by the likes of YouTube, Facebook, Instagram and Twitter; allowing these “creators” to monetize their audience through advertising, becoming the channels for other brands and earning gains through affiliate advertising and sponsorship agreements. The interactive nature of these platforms created a new source of revenue for businesses like Google by allowing them to leverage huge quantities of data into profitable market insights. This is why -although the services of Google seem free at the first look, in actuality, every single interaction (in this case search terms and clicks) becomes data that the company can profit from.

In the current setting, online creators are just the transmitters for other brands and businesses with no loyal attachment to the company. And this is where Web 3.0 and the metaverse come into the picture.

The creator economy’s relationship with the metaverse

In the next stage of the internet, rising technologies like distributed ledgers and blockchain are expected to allow for data decentralization and create a transparent and secure environment, replacing Web 2.0’s centralized structure. Blockchain, in particular, has the potential to provide creators with more powerful ways to monetize their work, create stronger bonds with their communities and become completely autonomous. Web 3.0’s open access eliminates the power hierarchy, enabling creators to take control of their businesses. For example, a trend like non-fungible tokens -which reached enormous popularity in the past two years-, shows a great promise of new ways that influencers, artists and others could further their careers in the new age of the Web.“Ownership” is the key word here. This is expected to encourage new emerging creators to develop content, without being limited by traditional barriers and monetization models, and has the potential to lead to an explosion of new companies and technologies.

The metaverse, on the other hand, has enormous potential for digital artists and creators. According to Itzik Elbaz, the Co-Founder and Co-CEO of Artlist, the key elements of the metaverse have long been in the domain of creators. Artists have been pioneers in integrating cutting-edge technologies into their work. The music industry embraced digital avatars years before we even started talking about the metaverse. Gorillaz is a virtual band formed in 1998 and it consists of four animated members.

Augmented reality has long been on the radar of live performers as well. We know of famous examples like Tupac’s hologram Coachella in 2012; Lady Gaga used a similar holographic AR technology during a tour in 2014. Epic Games’ Fortnite hosted some of the earliest examples of immersive, in-game concerts with artists like Travis Scott and Ariana Grande that were attended by users all over the world without leaving their homes.

“It’s not just musicians either. Visual artists have long worked within immersive formats, both digital and analog.” writes Elbaz. Visual artist Refik Anadol, who has become a household name among the biggest galleries in the world, created an art installation named “Augmented Structures v2.0” back in 2012, showcasing Istanbul’s urban texture which reveals invisible information using soundscape and data mapping. 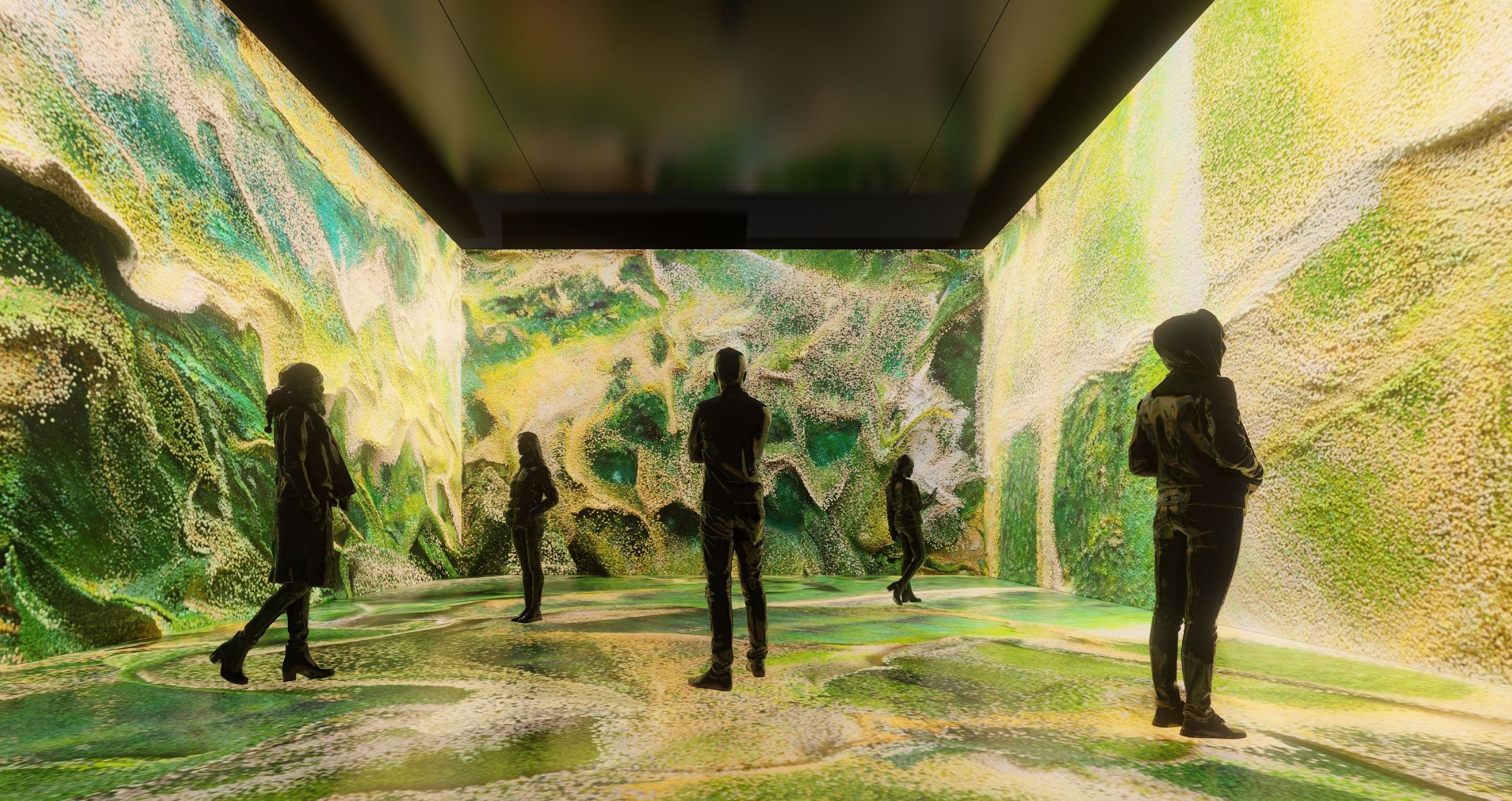 During the past decade galleries and museums did a good job in embracing AR and artificial intelligence early to boost visitor engagement. Visual artists like Anadol Visual were among the very first to see the potential of NFTs and utilize them. To this day, NFTs are mostly associated with visual artworks or images.

It is not just the established artists that can enjoy the potential of the metaverse technologies. User-generated content (UGC) is a fundamental layer for building the metaverse. UGC is content that is created by users instead of professionally employed content creators. It has become an extremely popular marketing strategy over the past few years on platforms such as Instagram and TikTok.

On top of this, with the metaverse, we are witnessing the rise of UGC platforms. For example, Roblox is an online game platform and game creation system developed that allows users to program games and play games created by other users. In the past two years, Roblox has become one of the biggest metaverse platforms. It involves millions of players building millions of worlds on the platform and populating it with millions of user-generated objects. Moreover, Roblox was a pioneer of direct creator payments with its Developer Exchange (DevEx) program that allows developers to create games and digital accessories and share half of their profits with the company. Besides the UGC-centric business model of Roblox, other gaming platforms such as Fortnite and Minecraft have also adopted UGC-based strategies. This model gives users a better chance to interact with the platforms and other users better. Social bonds are strengthened in UGC-based games since users are able to socialize, connect, and create in their own spaces. These types of interactive and immersive experiences are an important pillar of the metaverse.

Another important thing to consider in terms of the creator economy and the metaverse is the newly emerging market opportunity for user-friendly, extensible toolings. In the past decade, we’ve seen the rise of Sketch and Figma that allow UX designers to create, collaborate, and prototype more efficiently. A design platform like Canva gives regular people with no technical background to create visual content. When it comes to 3D design tools, they are still mostly complex, lack interoperability and are expensive. As more designers get involved in the metaverse territory, we’ll see a rise of user-friendly tools and sources aimed at inexperienced creators.

The metaverse also offers the chance to entirely reimagine what social media has become in recent years. Creators, not platforms, will control their audiences, thanks to the blockchain technologies that allow creators to monetize their talent independent of centralized hosting platforms, while NFTs allow for authenticity and provable ownership. Web 3.0 technologies will continue to open new avenues for content creation allowing more and more people into the world of the creator economy.