How the Gaming Industry is Shaping the Metaverse? 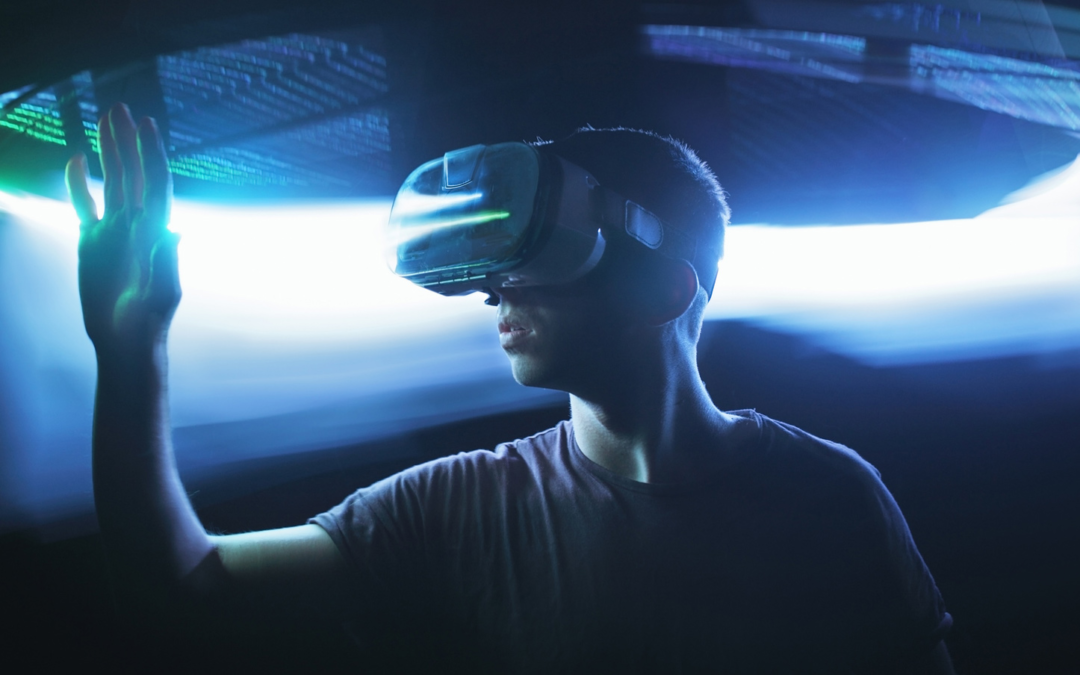 At a time where we are confronted with a confusing concept called the metaverse and the technological developments related to it, one actor keeps shining through: The gaming industry. Ever since the talks about the metaverse have started, the game creators have been on the frontlines, leading the conversation about everything from virtual worlds to digital tokens. Most recently, Epic Games -the American video game and software developer behind the successful battle royale title “Fortnite”- announced it secured $2 billion in new funding from the Japanese tech giant Sony and the investment company behind the Lego Group, KIRKBI, valuing its up and coming Metaverse endeavors at $31.5 billion. Epic Games is among many game developing companies that have been receiving big investments for their metaverse projects.

So, what makes the gaming industry such an important actor when it comes to the metaverse?

One of the most known metaverse-related works of fiction, the 1992 cyberpunk novel Snow Crash –from which the term “metaverse” had originated- describes a three dimensional space where people can interact with each other through the digital form of themselves called “avatars”.

Gamers have long been referring to the in-game version of themselves as their avatars. The word itself comes from the Hindu mythology, in which case it is used to describe the physical incarnation of a deity when it comes down to earth.  Richard Garrett, one of the most influential game developers of the 1980s, took the word “avatar” and integrated it into the fourth installment of his open world fantasy RPG game series, Ultima.

Garrett’s company Origin Systems even owned the trademark on the word “avatar” until the 1990s; however, it was Snow Crash that popularized the word in the sci-fi lexicon. Since then, with the help of online simulation games such as Second Life,  avatars have been one of the central elements of the gaming community. Now, games like Animal Crossing: New Horizons and Cyberpunk 2077, give their fans endless opportunities to customize their avatars, compelling players to post them online. Now, there are communities around customizing avatars and subreddits such as “Rate my avatar” that bring thousands of gamers together.

When it comes to the metaverse, it is widely acknowledged that avatars will be one of the central elements of this new digital frontier; which is expected to be a network of virtual worlds that users will be able to visit for different purposes. It seems like the avatars will take on the task of interoperability. The metaverse will include various platforms, services and experiences. To execute all of these smoothly, there needs to be a constant element in order to exchange and make use of information across different  functionalities and user experiences. For example, users will be able to do many things; including completing a gaming challenge, earning tokens that are saved in a wallet service, visiting a virtual marketplace, and purchasing assets to be stored via a vault. Across all these separate activities, their avatar will be their constant signifier.Interoperability is what will allow different metaverse platforms to interact, share data, and employ each other’s features and services. 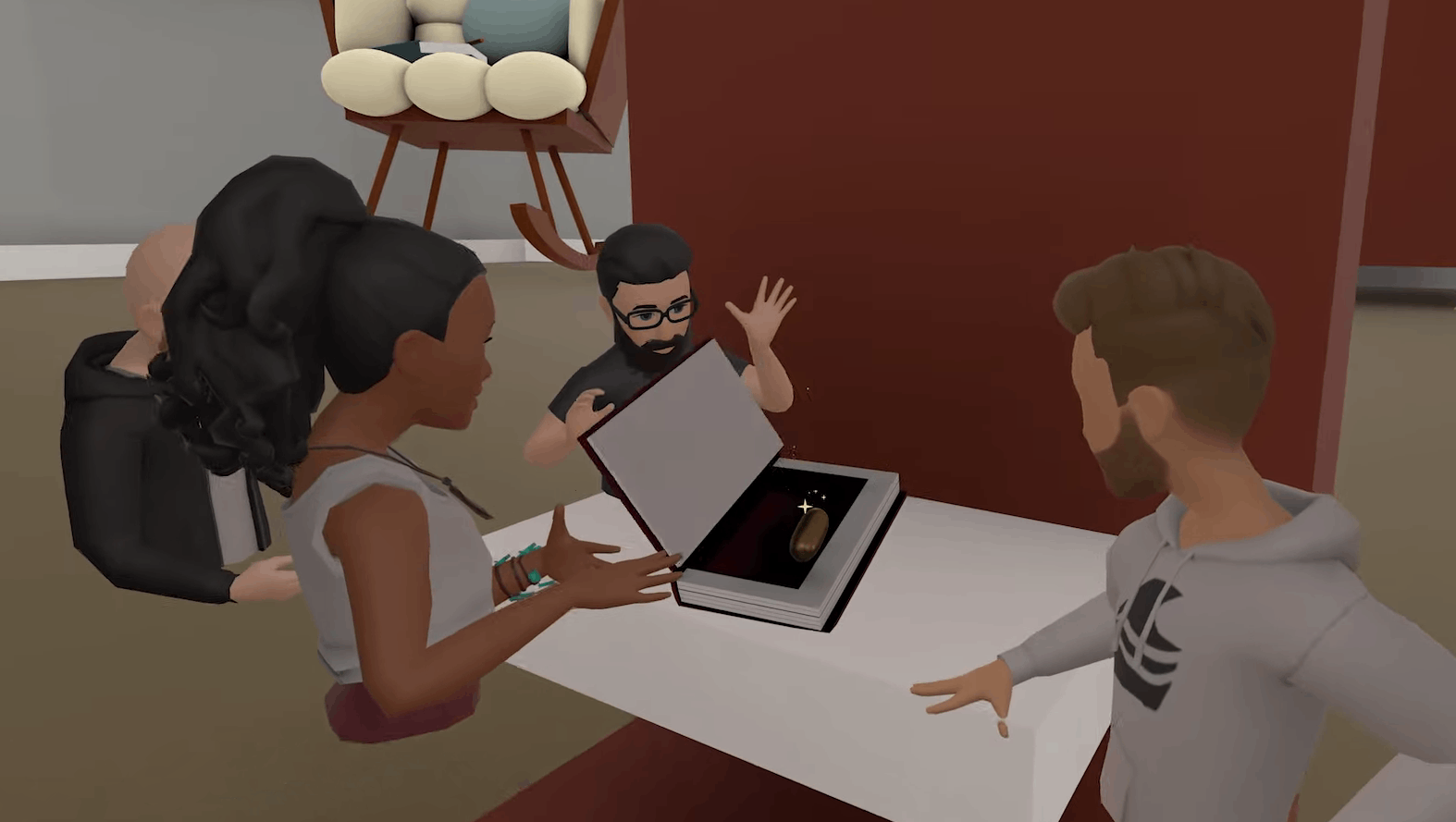 Avatars aren’t the only metaverse elements related to the video game culture. Another work of fiction that was massively influential over the idea of the metaverse, Ready Player One, depicts a future where people can escape the crippling reality of climate change and an energy crisis by connecting to OASIS. OASIS, originally a massively multiplayer online simulation game, becomes an alternate world that can be accessed through VR headsets and wired gloves.

The history of virtual reality technology can be traced back to the mid-1900s. Even though the idea for a similar technology was described in works of fiction as early as the 1930s, it was with Ivan Sutherland’s 1965 paper named  Ultimate Display that a realistic vision for virtual reality was fully articulated. Sutherland’s idea was of a virtual world viewed through a head-mounted display (HMD) which duplicated reality so well that the user would not be able to make a distinction from actual reality. After this point, research and development for virtual reality started taking off but it largely focused on military and space exploration purposes. However, it was with the gaming industry’s push that VR started to see actual gains. The defining moment that brought real momentum to VR development happened with Facebook’s (now Meta) acquisition of Oculus. 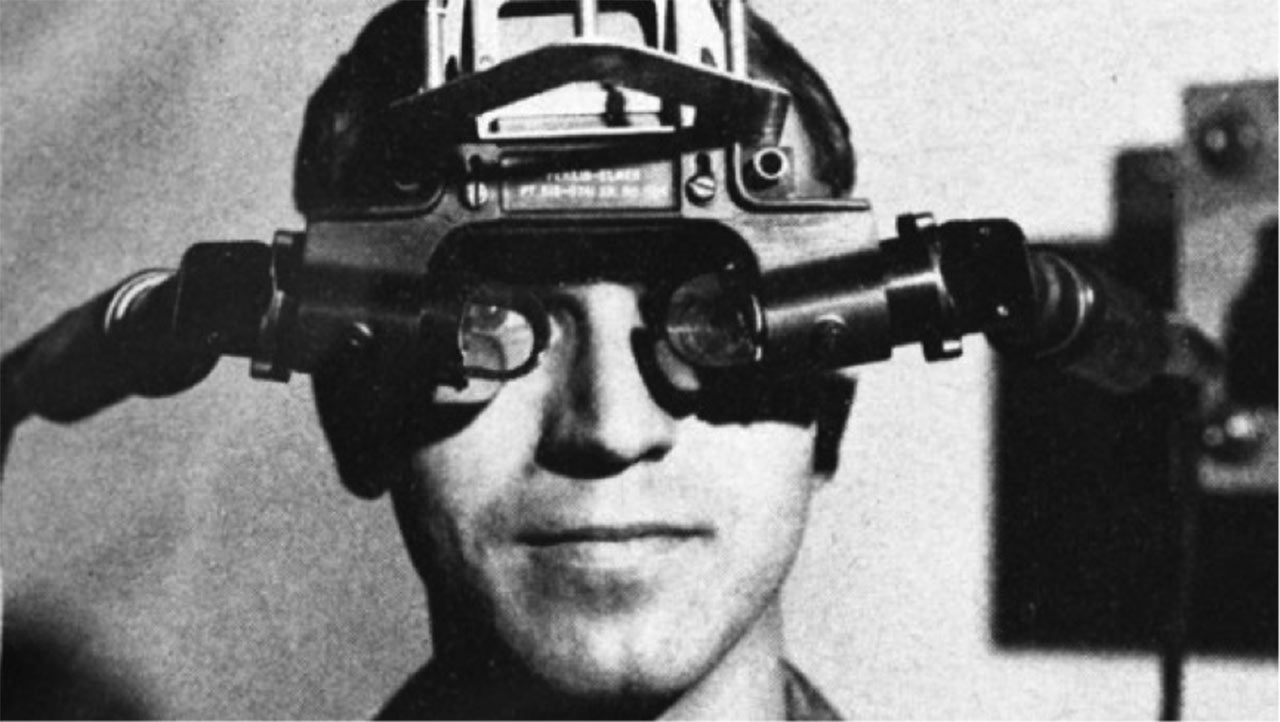 In 2010, 18 year-old Palmer Luckey put together a headset prototype named Oculus Rift, which would be both more effective than what was on the market and inexpensive for gamers. John Carmack -a famous programmer and the owner of the video game company Id Software- was coincidentally doing research for a similar technology and stumbled upon Luckey’s work through a virtual reality and 3D discussion forum. Soon, Carmack’s company announced that their future updated version of Doom 3, BFG Edition, would be compatible with head-mounted display units. Following a successful Kickstarter crowdfunding campaign in August 2012, Palmer was able to get the early prototype of Oculus into the hands of developers to begin integration of the device into their games.

The release of Oculus was a turning point in the history of VR headset. After this point, both the industry and the general public has started paying much more attention to the development of this technology. VR technologies following Oculus were mainly targeted towards gaming, which helped massively in making them popular in mainstream culture. And also, video game developers have always been searching for ways to make their games much more immersive and they have achieved a great deal in this area. Immersive experiences are at the heart of the metaverse as well. This is why video game developers have the upper-hand when it comes to various metaverse platforms.

Another building block of the metaverse, blockchain, is also presented with a fertile ground by the gaming industry as well. Blockchain is a decentralized database that is shared across computer network nodes. It is a system developed to store information in a digital format. What differentiates blockchain from ıther databases is how the data is structured.  blockchain collects information together in groups, known as blocks that have certain storage capacities. When filled, these blocks are closed and linked to a previously filled block, forming a chain; hence, it is called “blockchain”. Most of the blockchain-based systems employ non-fungible tokens and cryptocurrencies to create, own, and monetize decentralized digital assets, establishing an ecosystem for producing, holding, and monetizing decentralized digital assets. Considering how important decentralized data storage is to the metaverse, it can be argued that the concept itself  is incomplete without a decentralized system like blockchain.

Gaming industry is seen as the tipping point for mass adoption of the blockchain as well. This makes perfect sense considering that the gaming culture is already familiar with the idea of tokenization. Most games adopted virtual currencies early on, using it both as a rewarding system and an instrument to purchase items within the game to motivate players. As games further evolved and became fused with the internet, in-game gold and items became purchasable with real-life currencies. More and more, these types of transactions occurring outside of the games became a norm among gamers. In this sense, gaming is providing a groundwork for the future of blockchain. It can further be said that video games are a learning tool for different applications within the metaverse, including blockchain. Especially the younger generations like millennials and Gen Z, who grew up with these norms within the gaming culture, are more likely to adapt everyday usage of cryptocurrencies and more quickly than older generations.

Moreover, it is broadly speculated that for Gen Z in particular, the transition towards Web 3.0 will be a smooth process. Cathay Hackl -who made a name as the “Godmother of the Metaverse”- has argued that, while some people might choose to not necessarily engage in commerce or socializing in the metaverse, the younger generations who already engage socially inside video game platforms like Roblox will be more open to the idea of doing so. During the pandemic, teenagers had been spending time with their friends on video game platforms like Roblox and Fortnite. Thus, they are already accustomed to many concepts that will arrive with the metaverse. “Younger generations understand these virtual spaces, they think in 3D and to them, because what happens in a virtual space doesn’t make it less real to them.” Hackl has stated in an interview. This is another reason why game developers are keen on building the metaverse and have certain advantages in this area.

At the moment, video game developers seem like some of the most important actors in the construction of the metaverse. Not only do they have an upper-hand when it comes to the technologies and concepts related to the metaverse, but also the gaming culture as a whole acts as a learning tool and a bridge in the transition towards the metaverse. This is why, these days especially, we are hearing the names of game developing companies’ in relation to the metaverse and most things related to it.