5 Key Technologies Behind the Metaverse 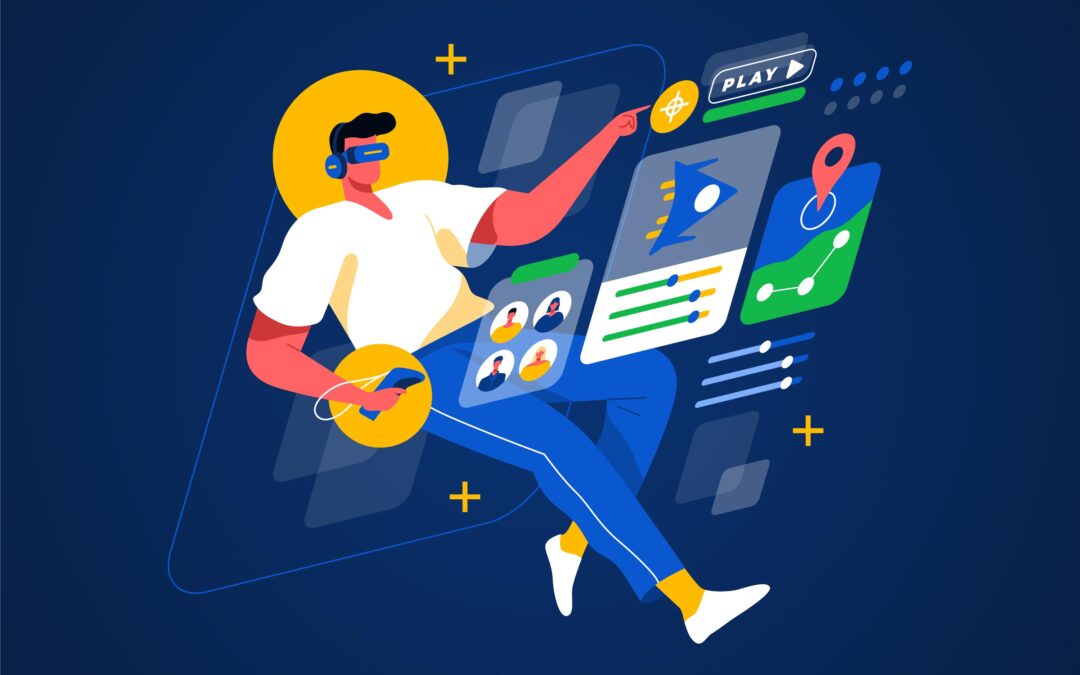 The metaverse is currently one of the most popular topics. It all started when Mark Zuckerberg  announced Facebook’s name change into Meta, sparking a social media frenzy. After a few months, the amount of buzz surrounding just a single word is still fascinating. Metaverse continues to be one of the most researched terms on Google.

Although the metaverse was originally mentioned in Neal Stephenson’s novel Snow Crash twenty years ago, it wasn’t until 2021 that the concept became known outside of sci-fi circles. Until 2021, nearly no one believed that such a fantastical concept could ever become a reality.

The metaverse is thought to be the next step in the evolution of the internet. It is broadly understood as a virtual world accessible through the internet. Metaverse isn’t just a narrative or an outrageous idea brought up by futurists. Rather, it is seen as what rapidly existing technologies will ultimately lead us to; a dematerialized version of physical space, objects, and distance. Thus, in order to get the essence of what metaverse really is and why it is so important for tech giants like Meta and Microsoft, we first need to understand the key technologies behind this new digital frontier.

One of the fundamental characteristics of the metaverse is its immersiveness and this is where extended reality technologies become pivotal. Virtual reality is a fully immersive experience that tricks our senses into thinking that we are in a fully computer-generated world. It completely changes our perception by using head-mounted display or headset technologies. Augmented reality, on the other hand, is created by superimposing (or augmenting) digital content into the real world. So, by bringing virtual elements to the physical setting, AR enhances our surroundings. Mixed reality is defined as the blend of physical and digital which combines natural and intuitive 3D human, computer, and environmental interactions. It is basically an experience that combines certain elements of AR and VR, enabling real-world and digital objects to interact. The extended reality, on the other hand, was coined by the team at Microsoft that developed Holonlens and it is used as an umbrella term that covers all of the above. All technologies in this category depend on computer graphics and display technology. XR tools have the utmost importance for the metaverse since they will be the bridge between physical and digital reality. At the moment, Microsoft’s Hololens 2 is one of the biggest breakthroughs toward the future of immersive technologies. It is a smart glass that combines hardware, mixed reality, and Artificial Intelligence (AI); and it is a testament to Microsoft’s ambition to create the most advanced extended reality computer. Another tech giant, Meta, is also continuing to develop its own brand of headsets and smart glasses under Oculus. In the metaverse, there will be many practical applications of XR; including retail, education, marketing and remote working.

Although it is not possible to apply one general definition to artificial intelligence; its fundamental goal can briefly be described as enabling machines to have cognition, perception, and decision-making capabilities. For the past few years, AI has been advancing much faster than most of us realize and its applications have been getting more and more common. Artificial intelligence has the ability to rapidly process enormous amounts of data to generate insights. Hence, AI has special significance for the metaverse because it will be useful for each layer by providing AIOPs (Artificial Intelligence for IT Operations) to manage all the potential necessary structures including software, hardware, and communications. It will also provide for other fundamental requirements such as avatar creation, multilingual accessibility, interface optimization and intelligent networking. Moreover, artificial intelligence is on its way to becoming an important tool for creation, which is central to the metaverse economy. In the metaverse, everybody will be able to create art, personalized experiences, applications and a plethora of different things that previously required specialization and this will be possible because of artificial intelligence.

Spatial computing is broadly identical to extended reality considering the fact that, without spatial computing, none of the augmented, virtual and mixed reality experiences are possible. Spatial computing is one of the biggest steps in the process of convergence of the physical and digital worlds. It is generally defined as the digitalization of machine, human, and object activities, as well as the surroundings in which they occur, in order to facilitate and optimize actions and interactions. Like extended reality, spatial computing is also an umbrella term that covers a variety of technologies including AR, VR and XR. We can alter and enter 3D spaces with the help of spatial computing. It lets us use the cloud to digitize objects, allow sensors to interact with motors, and use spatial mapping to digitize the physical world around us. Snapchat, which is a major contender in augmented reality’s “Space Race” to augment the physical world in geo-relevant ways, has most recently launched a new feature named “Custom Landmarkers” that lets creators build unique AR experiences for local places they care about. This goes to show that spatial computing can also be utilized in a way that provides users with creative power. 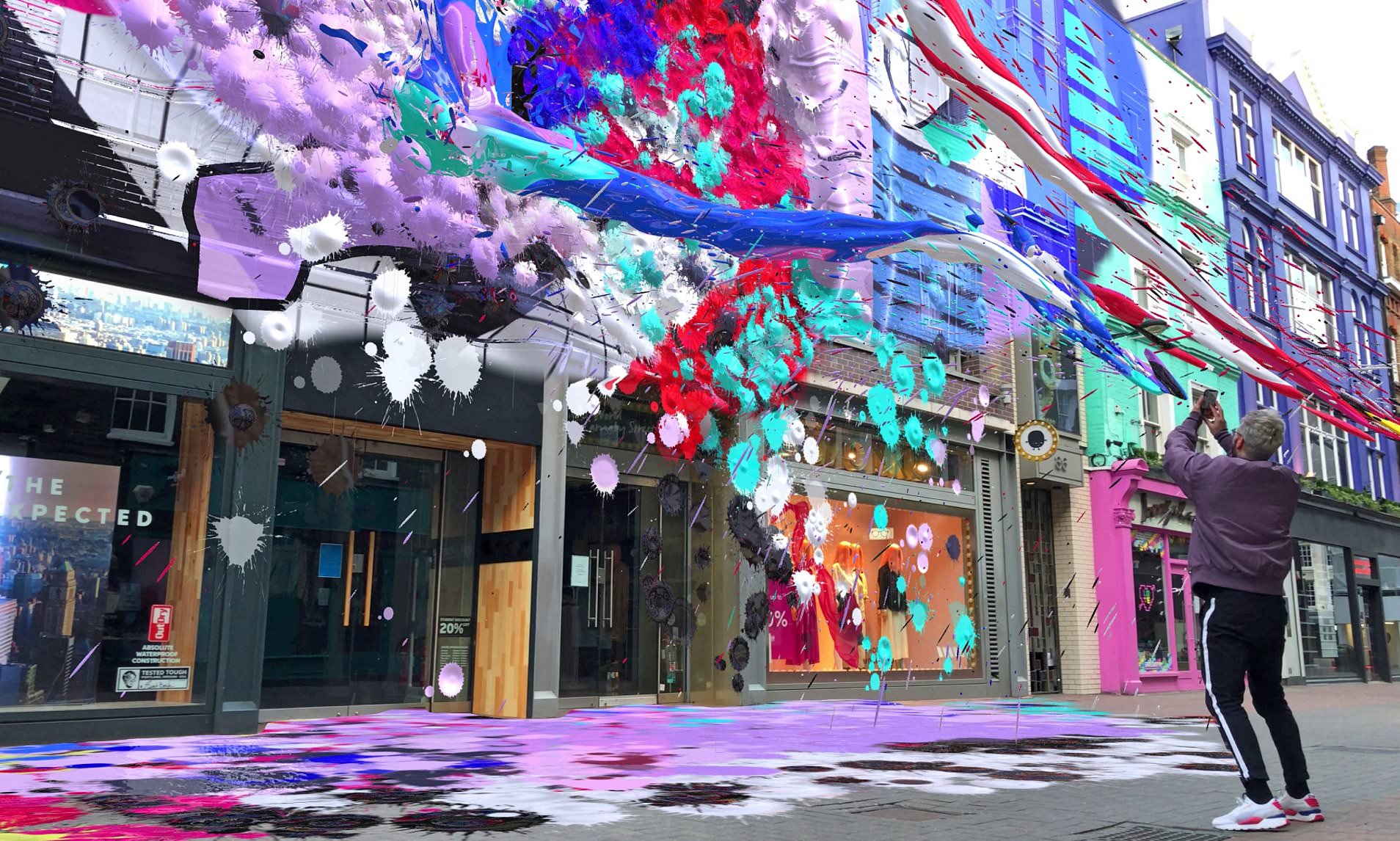 Without a doubt, 5G is one of the building blocks of the metaverse; however, only the early versions of it can function by using this generation of broadband cellular networks. Even though everyone is arguing about making 5G accessible to everyone at the moment, it is widely argued by the experts that it will not be quite enough for the metaverse. Since the later versions of the metaverse will require enormous amounts of data to be processed really quickly, there will be a need for something faster than 5G. This is especially important for extended reality technologies to become accessible and work smoothly. According to Marzetta, 5G can’t provide service for 30,000 people in Time Square, all with augmented reality devices strapped on. The research center at New York University which proved that the infrastructure for 5G exists, had already started doing research on 6G. This is particularly important because the metaverse is going to be happening in real-time and experiences depend on interactions.

You may have noticed a trend in the technologies that we use every day: as time goes by they get smaller and highly portable, coming closer to our bodies in the form of watches and glasses. This trend will gain momentum with the metaverse and we’ll encounter the technologies we are familiar with in the wearable form. Mojo Vision  -one of eight companies chosen to be a member of Disney’s Accelerator program in 2021- specializes in lenses named Mojo Lens that have a built-in display, which provides the user with AR vision wherever they look. Lenses also have a VR display that kicks in when the user closes their eyes; putting them in a virtual world instantly.

Haptics is another dimension of wearable technologies. They transmit information through touch, even when there are no objects; allowing us to control our electronic devices mid-air, without having to touch buttons or a screen. Ultraleaps is a company created by Leap Motion and Ultrahaptics coming together in 2019, uniting the world’s most advanced hand tracking with the only haptic technology that creates the sensation of touch in mid-air. Their products let people control computers and phones without having to touch a keyboard or a touch-screen.

Wearable technologies equipped with AI and extended reality will free us from having to carry our devices around in the metaverse; instead, they will become a part of our bodies.