Metaverse Strategies for Brands: How Companies Can Use Metaverse for Their Advantage

Ever since Metaverse started taking off, biggest brands have been in competition to come up with the most creative ways to embrace it. What can  roughly be described as a 3D World Wide Web; the Metaverse will likely be the manifestation of “extended reality” (XR). Extended reality is what the combination of virtual, mixed  and augmented reality is called. It will be the final form of the structure that combines the cloud, edge computing and 5G networking. Because of its novelty and the cutting edge technologies developing around it, Metaverse grants companies with so many new opportunities. It is already on its way to become a major market and is expected to grow exponentially during the next decade.

With the premise of bringing “phygital” (physical and digital) into our lives, Metaverse seeks to blur the lines between physical and virtual reality. For brands, this means an opportunity to explore new audiences, build customer loyalty and explore potential revenue streams. Industry giants like Nike, Coca-Cola and Gucci have been among those who have been making the most of this new digital hype. The steps these companies have been taking can be great examples for others who are planning on tapping into the Metaverse.

Here are some of the successful Metaverse strategies that have been used in the recent months by leading companies:

The sales of non-fungible tokens (NFTs) have exploded in the past year.  NFTs grant customers with one-of-a-kind digital assets that can be used to confirm ownership of anything from customized clothing to artwork or even a piece of land. Digital collectibles are for introducing a brand into the realm of Metaverse. This is why they’ve been used as a major marketing strategy for the brands who’ve been stepping into this new digital frontier last year.

One of the great examples of digital tokens being used was MacDonald’s release of NFT art in honor of McRib’s 40th anniversary. MacRib was an extremely popular boneless pork sandwich that the fast-food chain released in 1981. The return of this fan-favorite was commemorated by giving away free MacRib NFTs to selected customers on Twitter from November 1 until November 12.

MacDonald’s MacRib NFTs is a great precedent of how digital collectible art can be used to celebrate a brand’s legacy and to reward loyal customers. It is also a great way of creating a sense of community among customers. 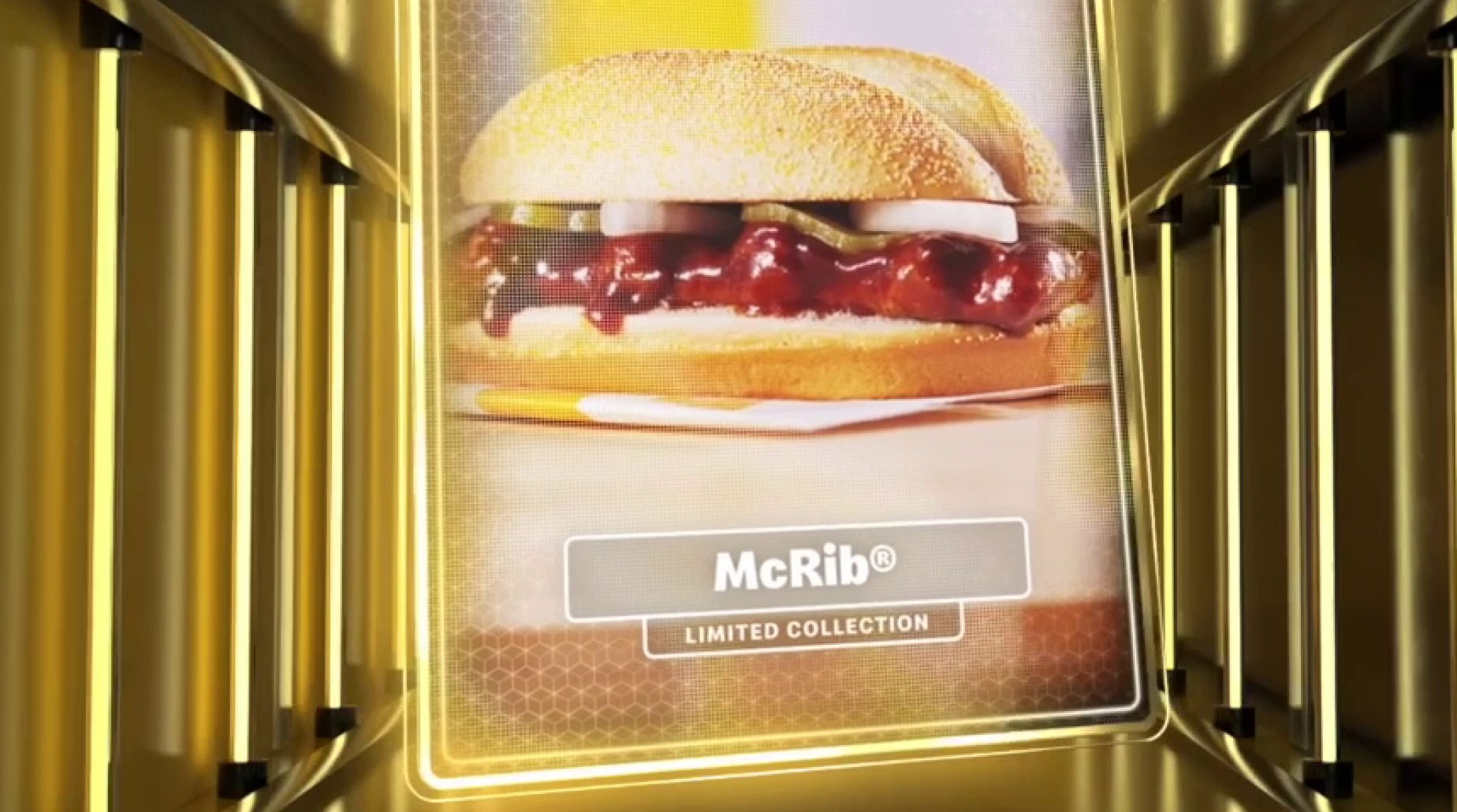 Most recently, right before this year’s Valentine’s Day, American network operator Verizon came up with an original NFT idea. They asked their consumers to tweet about the worst Valentine’s Day gift they received with the hashtag #MakeItUltra. The Twitter campaign was a nod to Verizon’s 5G Ultra-Wideband release. Eighteen selected winners among those who tweeted will have their worst gifts made into NFTs that they can keep or resale on OpenSea.

Verizon’s campaign is an excellent example of how customers can be given narrative authority. Strong interaction will be an important dimension in the Metaverse. Making the buyers a part of the brand history through personalized NFTs can be a very effective strategy. It’s also good for forming personal bonds to among the brand and the customer.

MILEs are created by using a single simulation to bring together great amounts of users who all interact and influence an event or game in real-time. These can be in the form of a concert or a fashion show. However, growing trends among brands that’ve gone in the path of MILEs have been towards gamification. By hosting a month or a few months long interactive media experiences, companies have been able to garner massive attention to their new product releases.

One of the earliest and most prominent examples of MILEs is, without a doubt, Travis Scott’s Fortnite concert: Astronomical. Organized in 2020 by the Epic Games, this live concert became a defining moment in terms of virtual events.  Scott’s performance filled with astonishing audiovisual experience drew more than 27.7 million unique attendees amounting to more than 45 million views. 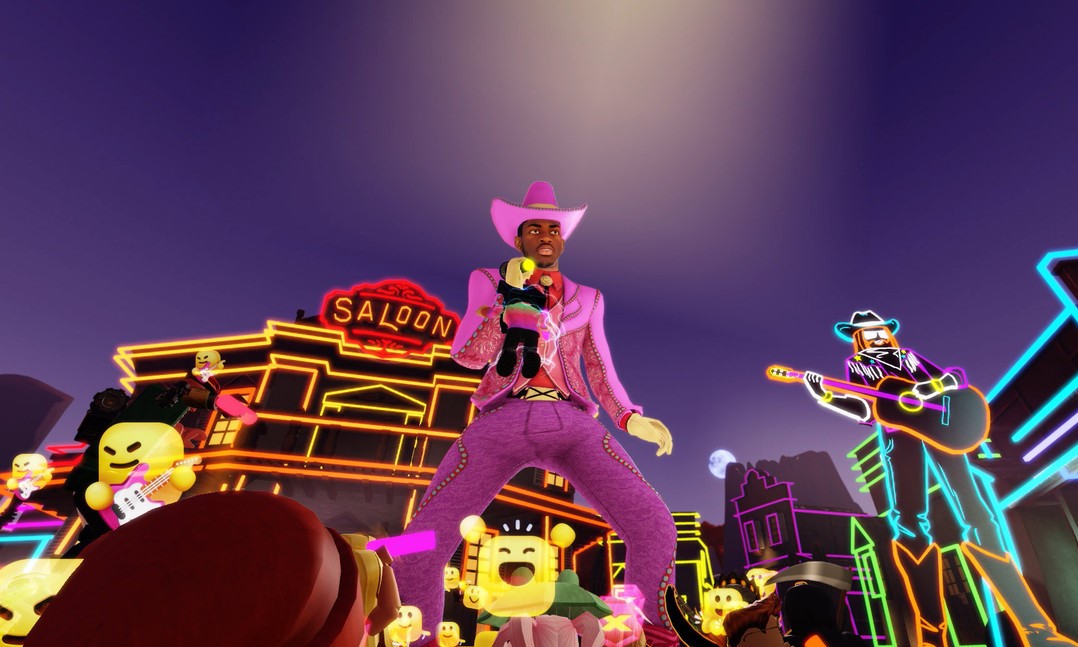 These events set out a new standard for interactive live events and inspired other gaming platforms to organize their own. Especially in the gaming industry, organizing MILEs is a very popular Metaverse strategy. So much so that Genvid –software developer for eSports interactive streaming and the originator of the term “MILEs”- has raised $113 million to produce massive interactive live events.

Another way brands are currently using NFTs is using them as a pass for VIP events hosted in the real world. Granting special access to physical goods and events motivates customers into buying collectibles. This is another great way of leveraging NFTs to unlock customer royalty and creating a buzz around products. VIP NFTs have been used especially by the brands that sell luxury goods.

Luxury cognac brand Hennessy released its first NFTs in the beginning of this year. All purchases include physical and digital ownership of the first and last bottles of a limited-edition Hennessy 8. Upon transaction through NFT platform BlockBar, buyers received the digital version of the bottle as their verification of ownership. With this verification, each buyer can request to have the physical asset delivered at any time. The physical asset includes a commemorative sculpture, an engraved Baccarat-blown carafe, a pipette, cork holder, chest and authentication plate.

This use of NFTs is getting popular within the music industry as well.  The most recent example is Coachella NFTs that were sold as lifetime festival passes. The 10 packages were collectively sold for approximately $1.5 million dollars with at least two of the pieces costing more than $250,000. NFTs that are named Coachella Keys include different perks such as free merch, access to air-conditioned tents and private party passes. Released in early February, this NFT project amassed a massive media attention for the return of the famous festival. 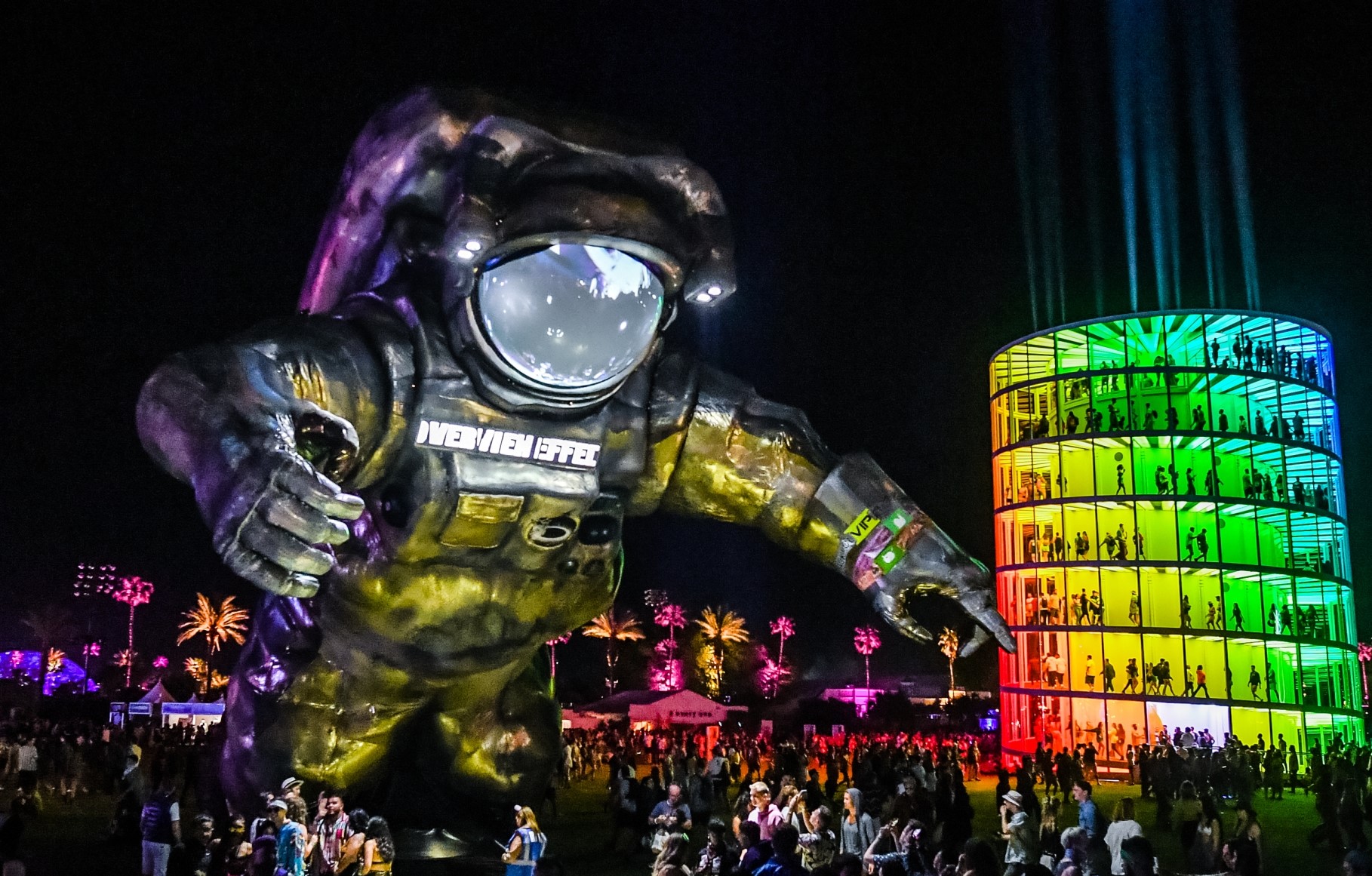 Virtual stores or digital stores are on their way to become the new pop-up stores of Metaverse.  They let brands share their collections with a click of a button and schedule virtual appointments or set up virtual fitting rooms with customers. Moreover, in these digital spaces the buyers are able to check out products in more in-depth before deciding to buy anything.

Through virtual stores, companies are able to bridge the gap between online and in-person commerce. This can also reduce the rate of product returns which largely increased due to two dimensional online shopping.  By integrating 3D into these digital stores, brands can eliminate the need for physical sampling entirely. There are many digital store software and platforms such as JOOR, BrandLab360 and Dtail that are readily available for brands to use for building virtual stores. Each of these offers an array of different features according to what companies need from their stores.

Balenciaga, for instance, designed an interactive game named “Afterworld: The Age of Tomorrow” to debut a virtual store and the fall 2021 collection. Created by using Epic Games’s Unreal Engine, Afterworld presents the players with a futuristic world. Starting their adventure in the Balenciaga store, the players are able to go out and discover this brand new world. They are also able to join parties all while, of course, wearing garments from the latest Balenciaga collection. 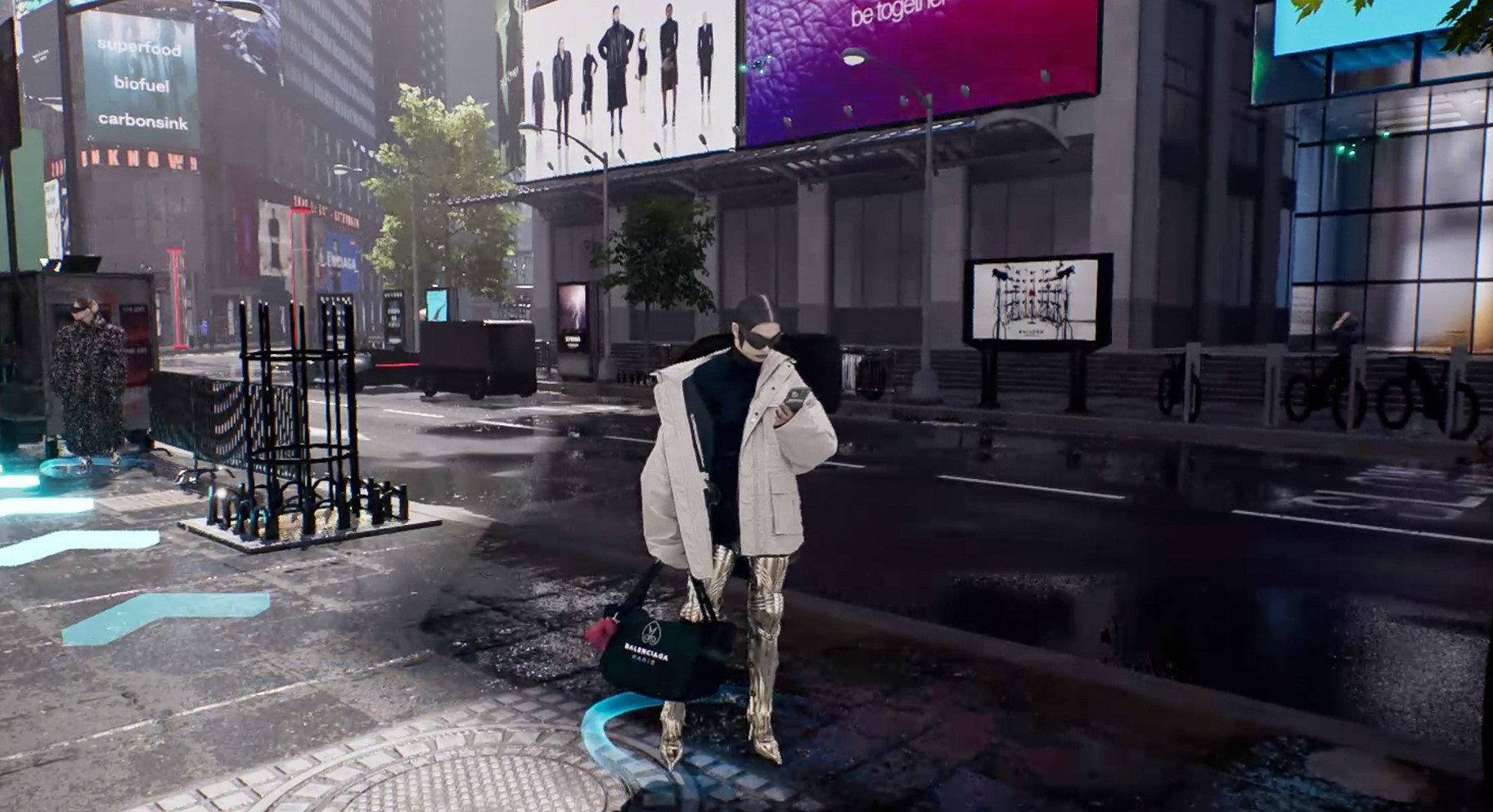 Another high-end fashion brand, Gucci, has also entered the Metaverse by creating its own gallery on Roblox.  The virtual space was inspired by the physical Florence based museum dedicated to the Italian fashion house. Gucci Garden showcased virtual rooms with different themes all exhibiting the iconic designs of Gucci. The visitors could purchase Gucci designed skins for their avatars that they would also be able to re-sell.  Interestingly enough, some items –such as a Dionysus small GG shoulder bag- were sold for higher prices than their real-world version. This shows that the buyers are willing to pay similar or even bigger amounts for digital items when the virtual setting is appealing to them.

The narrative of Metaverse and the technologies that are fueling this new digital structure, present brands with multitude of business strategies. The technology is rapidly evolving and before we know it we will be entering the phase of Web 3.0. Although, it is crucial to analyze all of these methods according to what your brand needs, these types of major transformations always involve trial and error. Eventually, brands need to embrace small risks and try out new trends in order to stay relevant in this fast changing world.