How To use Augmented Reality for NFTs? 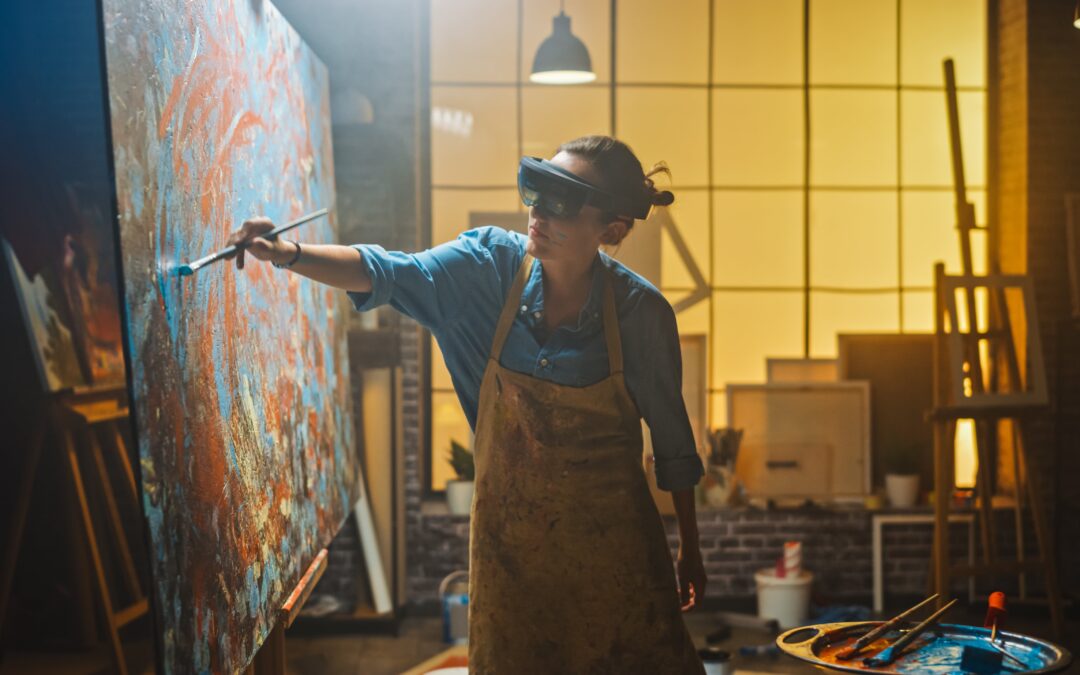 What Is Augmented Reality?

Along with COVID-19, Augmented Reality (AR) technology, which gained importance especially in the field of online shopping and e-commerce during the pandemic period, started to be used by many well-known brands. For example, With Augmented Reality (AR), Amazon provides a viewer with an enhanced shopping experience. Using one’s smartphone device camera, a customer can easily view the products in 3D, in hyper-reality.

As a second example, Augmented reality (AR) technology was applied to Arçelik and Beko dealers by Digitallica. By downloading the application, which is specially designed for Arçelik and Beko dealers, to their phones or tablets, customers can examine the products from every angle as if they are standing on their desks, turn around, and control every detail by enlarging or reducing them as they wish.

To give another example, in early 2021, famous guitar brand Gibson launched the “Epic” app to provide an interactive learning experience. The app allows users audio to hear themselves playing guitar with a virtual band by Using Augmented Reality (AR). 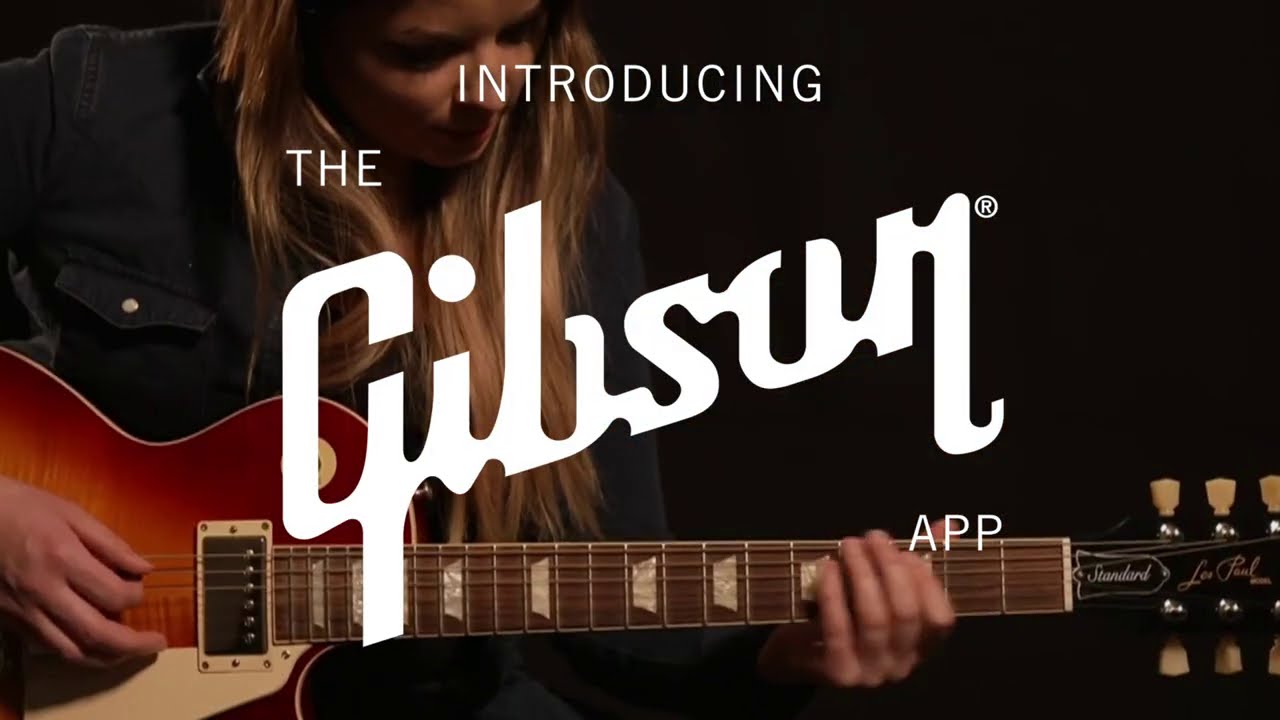 How Does Augmented Reality (AR) Works?

Augmented Reality (AR) contains computer-generated superimposed images of the real-world environment. Therefore, it leads to a change in the perception of reality.

Augmented Reality (AR) apps used to combine digital animation with a special ‘cursor’ or determine location with the help of the GPS feature on phones. But nowadays, the use of VPS ( Visual Positioning System) has become widespread. VPS provides an imagery-based unit positioning instead of GPS. VPS creates maps using a set of images with a defined location and analyzes them to create a detailed and easily searchable database of visual features along with key visual features. To give an example, a leaderboard can placed on top of a live sports comparison broadcast via Augmented Reality (AR) technology. 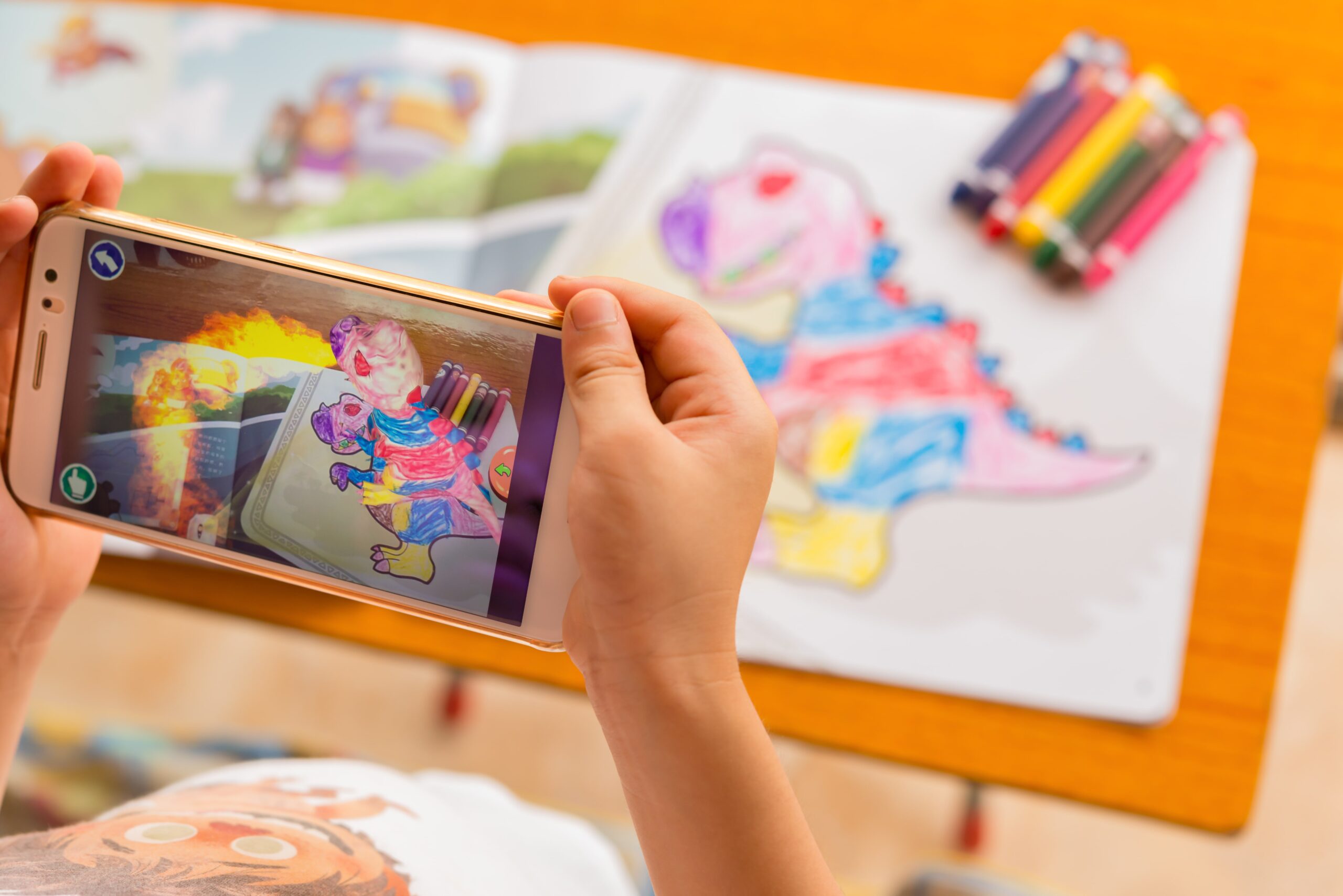 NFT stands for Non-Fungible Token. NFT is a unique and scarce digital token. It is a proof of ownership of an asset, usually a digital asset. It is defined on the Ethereum website as a non- Fungible economic term that covers your virtual wardrobe, furniture, properties and companies. Every NFT has a owner and this ownership is transparent and easily verified.

NFTs are usually in the form of items that can be used by your avatars in online games or GIFs in the name of the person who bought it. However, recently, it has become common for contents and artwork to be offered for sale in NFT format.  For instance Artist Mike Winkelmann, known as Beeple, sold an entirely digital work of his in NFT format for $69.4 million.

Another example is a animation named Cat Nyan was sold as NFT for 300 Ethereum (ETH) or about 590 thousand dollars.

Especially NFTs belonging to famous names are sold for very high sums. Most recently, a collage of works by an American artist, Winkelmann, sold for $70 million.Likewise, a tweet by Twitter CEO Dorsey found a buyer for 3 million dollars, while NBA player Lebron’s basketball video was sold for 77 thousand dollars. 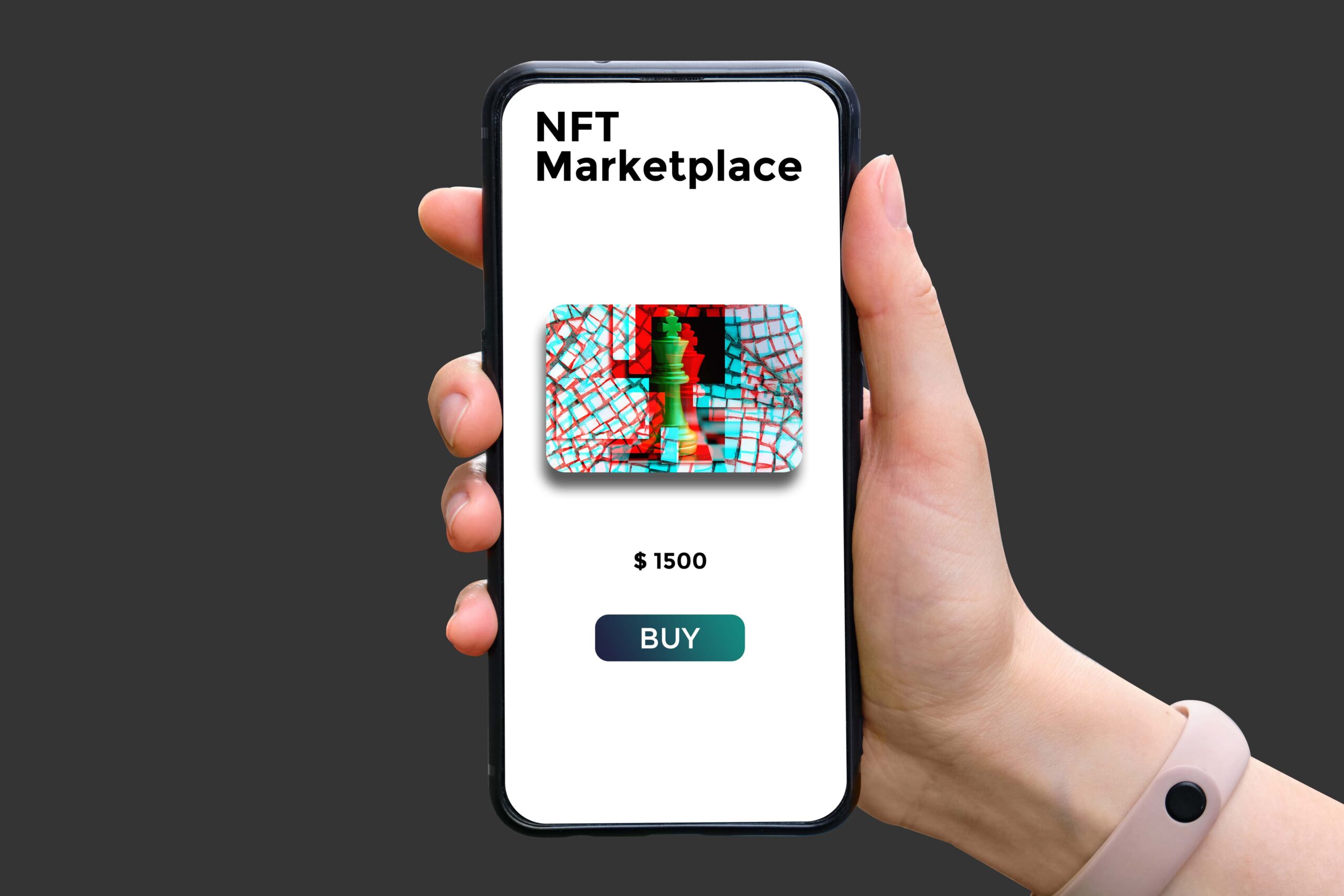 How Does Augmented Reality(AR) and NFT work Together?

Augmented Reality (AR) technology can change our view of an NFT artwork because it adds another dimension to it. If the artwork is 2 dimensional, it can be made 3 dimensional with the programming of Augmented reality. Thus, it allows us to see the work of art just like in the real world.

With Augmented Reality (AR), many artists can give more depth and context to their digital artwork. We can access a digital content from any place at any time with any smart device by projecting it into the real world. For example, you are fascinated by a piece of art in a digital gallery. You can buy it in NFT format. In addition to purchasing, AR technology allows you to add 3D magnifications, sounds, and other virtual components to this work that communicate with the environment.

How To use Augmented Reality(AR) for NFTs?

Augmented Reality (AR) technology has added a dimension to NFT works and has accelerated the process of acceptance today. Augmented Reality (AR) has given designers, architects, and visionaries the opportunity to take their projects into a virtual world, and this with entirely new scales and insights. For example, SuperWorld, a platform built using Augmented Reality (AR),  has released the NFT gallery “AMAZONIA” made with AR technology. The exhibition, which consists of works of art, local dance and music performances from the Paiter Surui and Cinta Larga tribes of western Brazil, serves the visitors as a 3D experience using augmented reality. This exhibit features a 3D-modeled Amazon rainforest gallery with Augmented Reality (AR), and all artifacts are for sale in the SuperWorld NFT Hall.

To set a second example, a project is being designed in Anima, the digital photography and video platform founded by the founders of Ultravisual, using augmented reality and NFT together. With this project Anima will help artists take their digital creations to a larger digital stage and understand what the future of NFTs in augmented reality looks like. Recently, Anima opened a market based on ConsenSys’ Palm platform and collaborated with several artists for works that will be exhibited permanently on the platform.

As another example, Anima continues Augmented Reality (AR) based projects, working with famous fashion designers and famous cryptographers and artists such as Matthew Day Jackon and Michael Kagan. Most recently, Anima has made a project with street artist Demsky called PHASE MN:01 Mirror, which offers a glimpse into the metaverse universe. Mirrors, an extension of the artist’s work in the real world, are displayed in Augmented Reality (AR) NFT format. The artist also made a digital sculpture for the platform. 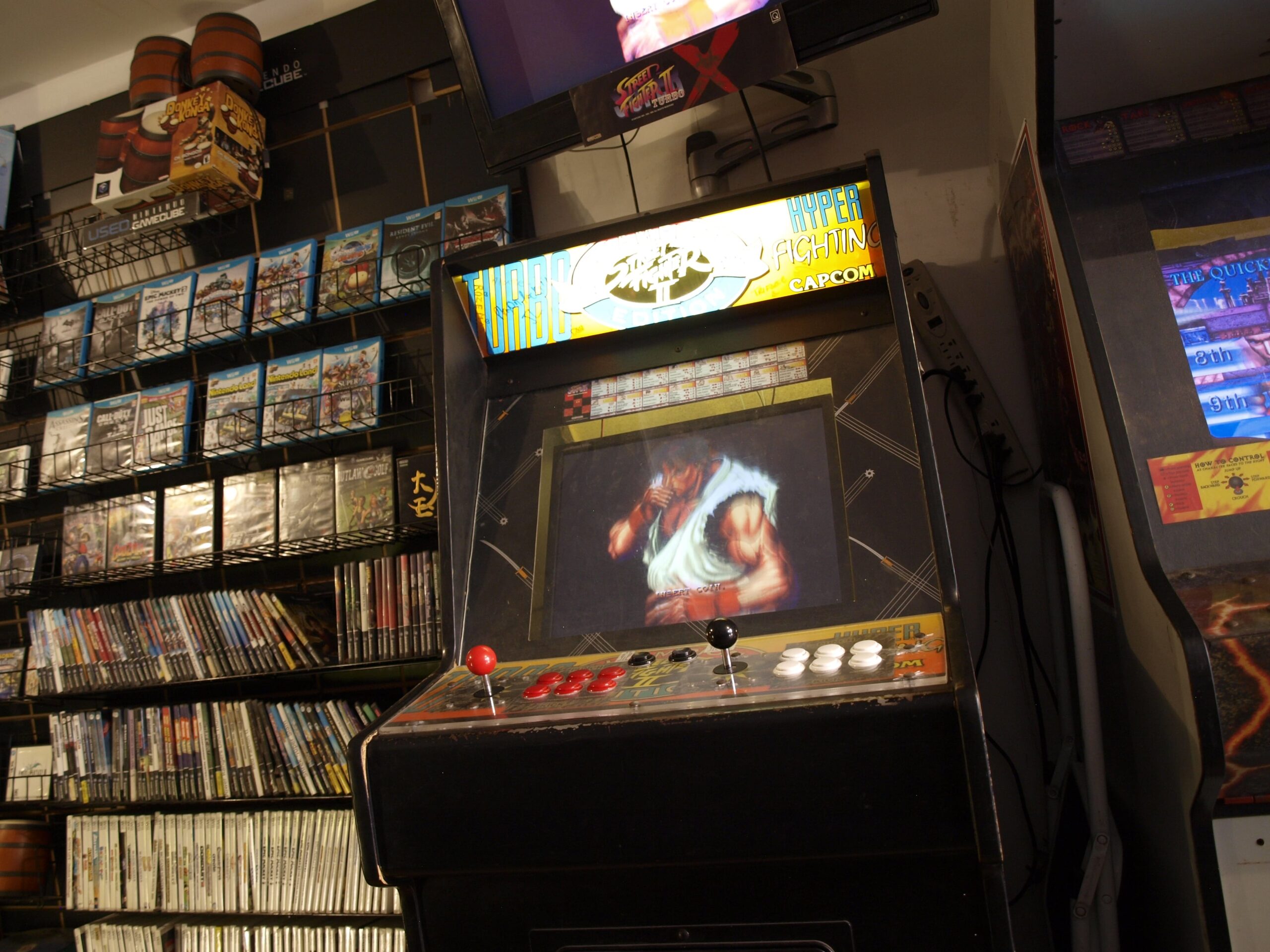 As another example, the legendary video game company Atari plans to offer some of its arcade machines as digital and augmented reality collections. The company designed the Atari Capsule Collection using blockchain technology. Thus, it will offer the nostalgia and uniqueness of classic video games with a 3D NFT file. Atari Company, which has been doing projects in the NFT industry for a while, has many digital initiatives, including Ethereum-based Atari Tokens and a number of licensed NFT collections.

The company has most recently announced its Arcade OG Series project, which will be an Ethereum-based collectible set in partnership with NFT marketplace MakersPlace. What’s special about the Arcade OG Series collection is that it’s more than just a simple video game. The platform offers an augmented reality experience that lets you view a 3D view of the Arcade cabinet. You can leave the digital cabinet in place and then walk around viewing it up close from any angle.

All these projects are just the first steps for a huge area under development. The fact that augmented reality can be used in many different areas and NFTs are valued as real works of art has opened up a wide area for the use of both.