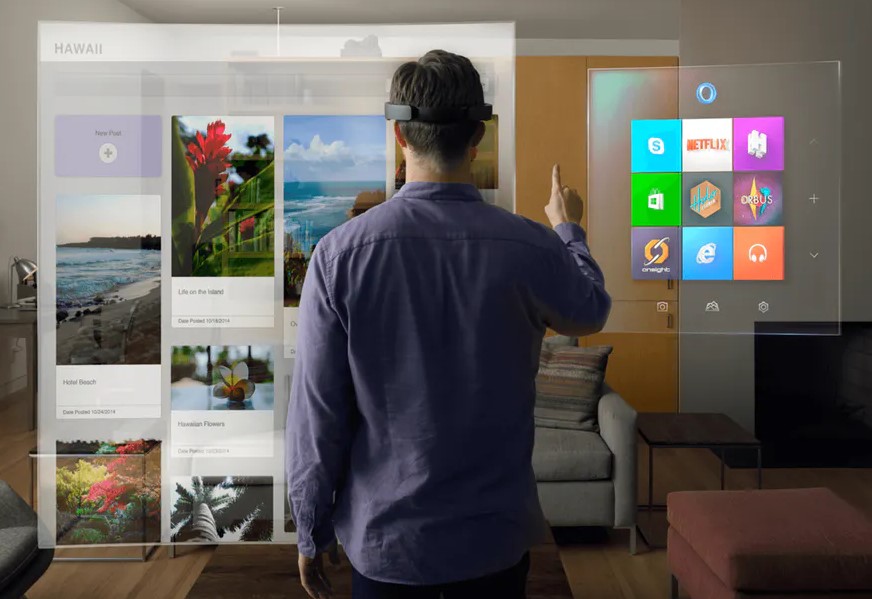 Today Augmented Reality (AR) is not only a PR activity for companies just want to attract attention but also a new approach to create value creation both the company and its customers. Today you can measure the m2 of your living room, put virtual furniture just near to real ones, check their color, harmony of style and add it to your shopping basket if you willing to buy it.

Let’s give another example, today a factory worker who has relatively low technical knowledge and capability can fix the complex mechanical failures and malfunctions by following 3D augmented instructions with the help of wearable HMD (Head-mounted Display) & Smart glasses or just with a simple smart phone. All instructions appear just on the top of the broken part of the machine.

Or as a flight passenger, by scanning your luggage surface with your mobile phone (that supports AR functions), you can easily learn whether your luggage size is acceptable to the cabin or not, before arriving airport. Moreover, as a medical faculty student, by using your mobile device, you can see the anatomy details of body human on your desk without experiencing the smell of real dead body corpse. And above all, you don’t need to have first-generation AR HMD’s such as HoloLens or MagicLeap, which both are pretty cool devices. Thanks to the ARKit and ARCore SDK’s, most of smart phones that were released in last 2 years equipped with the capability to support Augmented Reality application examples which was given above here. With dozens of examples like those, all the technology trend analysis gives us the clue that AR technology is finally closing to the end of ‘’Gartner Hype Cycle’’ tail which leads it to the plateau of productivity. Augmented Reality is now not only the tool of science fiction but as a technology it has already a part of our daily life.  Technology?

Concept of Augmented Reality and pioneer AR applications have already been in our lives since the beginnings of 1990. The term refers to a type of interactive experience which enrich the environmental elements of the real world with computer sourced data. Virtual data overlaid and superimposed on real world images by using software & hardware and a new real-world experience is generated at the end. The first functional Augmented Reality system that create immersive experiences in early 1990’s and one of the first example was developed in the U.S. Air Force’s Armstrong Laboratory in 1992, which is called Virtual Fixtures. The term of Augmented Reality (AR) is first used by Thomas Caudell & David Mizell in 1990 but the idea of overlaying computer-generated data on real world with a wearable device is exist since the end of 1960’s. The first know head-mounted display system is designed by Ivan Sutherland and Bob Sproull in 1968.

In the year 2000, the first open source mobile SDK ARToolKit was released by Hirokazu Kato which was one of it example that overlay augmentation with marker base tracking technique. Starting from 2010, AR applications started to use especially in advertisement and education. Of course, evolution of mobile devices and a rapid increase in their process power and camera lens quality made it easier to adapt AR technology. In 2013, the release of Google Glass and the vision behind it fires the AR hype. The awareness of AR was of course rocketed with the launch of Pokemon GO game in 2016, in which people try to catch 3D virtual Pokemons which are overlaid in real world. In the retail side, Ikea change the rules by adapting AR into it’s mobile app which and make people to test virtual furniture’s in their real home spaces.

At the same time era, release of first Microsoft HoloLens release created a big impact especially in enterprise market. Today with the help of those wearable AR devices, many technician and engineer are supported with Augmented Reality data while they are working in the field. The biggest growth is expected of course in games. More and more big companies start to focus on AR base IP’s or Pokemon Go like games after Niantic such as Ghostbusters World or Walking Dead: Our World. Also, many fans of Harry Potter are expecting the release date of Harry Potter: Wizards Unite which is a new AR game that is being developed and will be published in 2019.

In E-commerce and retail sector the adaptation is very fast in where more e-commerce companies adding AR futures on their apps. The trend that has started in furniture products start to move on more other consumer goods such as cosmetics, electronical devices and other products.

In conclusion, AR / XR technologies has changed our perception of reality by purchasing virtual furniture’s in the middle of our living room or chasing Pokemons in our back yard. However it is just a beginning. We start to experience more holographic view in our routine daily life when third generation AR Smart Glasses be in the market, which will probably be happened in 2022. We will connect to unlimited real-time AR data which flows in our point of view and it really change everything from entertainment to medicine. With the release of Augmented Reality Contact Lenses or Bionic Contact Lenses there will be a different world in which no human ever seen before.